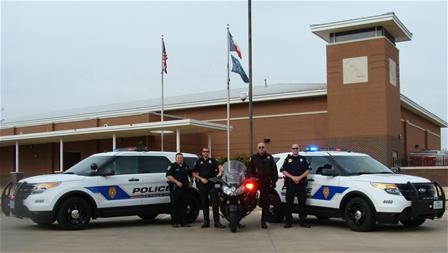 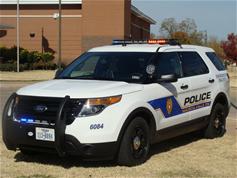 The city is geographically divided into six beats, and officers on a shift are assigned to patrol each of these beats. The beats are grouped into two districts, composed of three beats each. District Sergeants supervise the officers on each district, and each shift is commanded by a Lieutenant.

While all police officers begin their careers in the Patrol Section, many choose to remain in Patrol for their entire career because they love the diversity of patrol work and the challenges of providing Patrol’s first-responder police services to the public, since no two calls are exactly alike. The Patrol Section is on the street 24/7, working to keep our city safe. 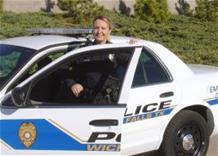 Patrol Section officers are the uniformed officers you see every day. They patrol the city’s streets 24/7 to protect lives & property, and to serve the public in many ways. They are primarily responsible for answering calls for service of all types, including the initial investigation of any crime that can’t be handled by phone; disturbances, burglar alarms, traffic control issues, or any other thing the police are called for. They also do traffic law enforcement, investigate most traffic accidents, train rookie officers, and proactively patrol the streets when not handling calls.

New academy graduates spend 3 months in a field training program, conducted by veteran officers, which they must successfully complete before they are released for solo patrol.