What are bed bugs?

Bed bugs (Cimex lectularius) are small, flat, parasitic insects that feed solely on the blood of people and animals while they sleep. Bed bugs are reddish-brown in color, wingless, range from 1mm to 7mm (roughly the size of Lincoln’s head on a penny), and can live several months without a blood meal. They are sometimes mistaken for ticks or cockroaches. Immatures (nymphs) resemble adults, but are smaller and lighter in color. The youngest nymphs are approximately pinhead size and visible to the naked eye. Bed bugs do not have wings and do not fly, but can move quickly over floors, walls, ceilings and other surfaces. 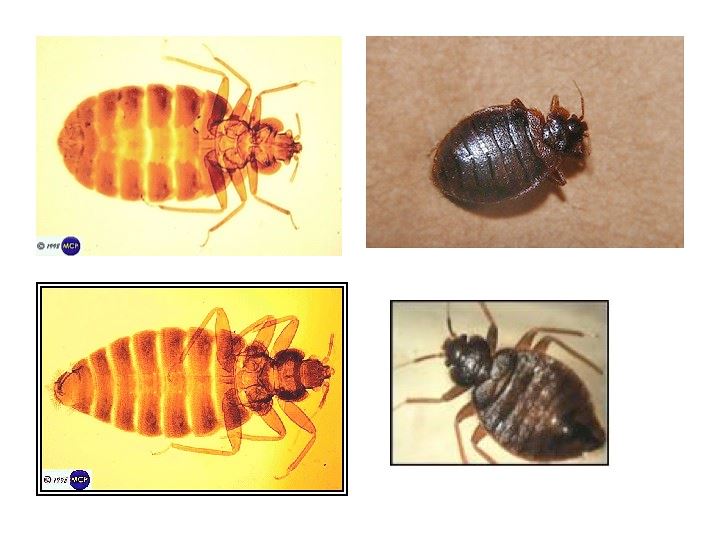 Where are bed bugs found?

Bed bugs are found across the globe from North and South America, to Africa, Asia and Europe. Although the presence of bed bugs has traditionally been seen as a problem in developing countries, it has recently been spreading rapidly in parts of the United States, Canada, the United Kingdom, and other parts of Europe. Bed bugs have been found in five-star hotels and resorts and their presence is not determined by the cleanliness of the living conditions where they are found.

Bed bug infestations usually occur around or near the areas where people sleep. These areas include apartments, shelters, rooming houses, hotels, cruise ships, buses, trains, and dorm rooms. They hide during the day in places such as seams of mattresses, box springs, bed frames, headboards, dresser tables, inside cracks or crevices, behind wallpaper, or any other clutter or objects around a bed. Bed bugs have been shown to be able to travel over 100 feet in a night but tend to live within 8 feet of where people sleep.