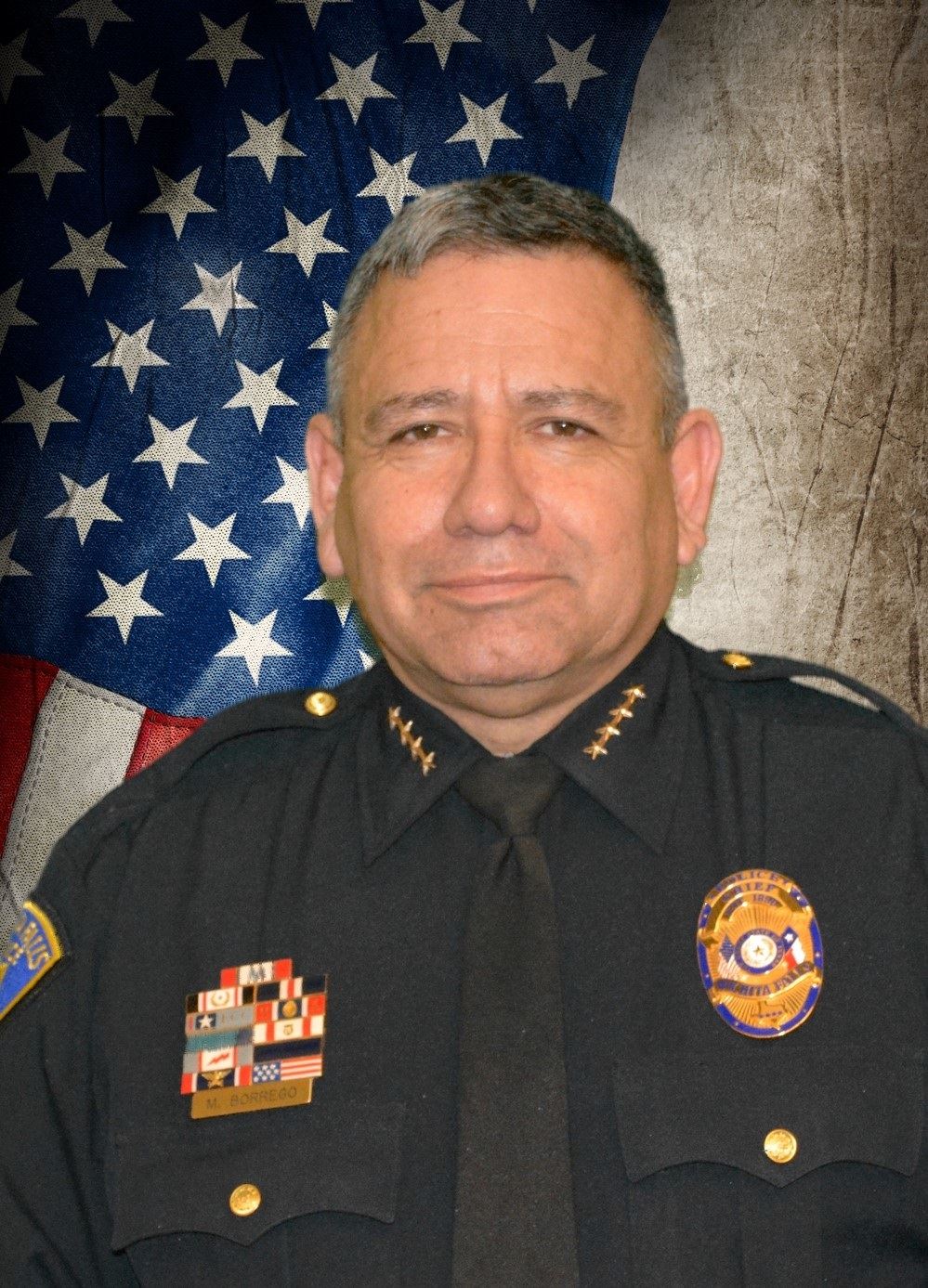 Chief Borrego had a parallel career in the United States Army Reserves. He held the rank of Command Sergeant Major upon retirement in 2012 after 32 years of service. His overseas assignments included a tour in Okinawa Japan in 1980 with the USMC and in 2009 he was deployed to Afghanistan in support of Operation Enduring Freedom as a detachment of the 95th Division. Major awards include the Legion of Merit Medal, Bronze Star Medal, Afghanistan Campaign Medal, Marine Corps Good Conduct Medal and the Drill Sergeant Badge.